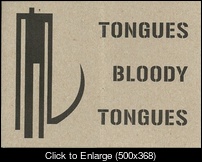 The opera features five main characters including Gertrude Bell and Saddam Hussein: Scene-to-scene narration by Saddam Hussein manages to place a slight touch of humor on the otherwise dark atmosphere. The band’s horn, drum, and howler section provide emphasis for particular moments throughout the story. Altogether, the opera effectively portrays a powerful and emotional account of early colonization in Iraq.

Killsonic is headed for great things as musicians and as a collective of creative individuals. Keep an eye out for their shows throughout Los Angeles, and be sure to attend their upcoming productions.

This event was featured at the Redcat in downtown Los Angeles from July 22nd to July 24th.