From Southern California, these long time friends got together (after being in multiple other bands, some even touring in Europe) they decided to collaborate on a project for fun. The idea was to make the kind of music they would like to listen to themselves. Their indie rock sound is clean and crisp while maintaining an original sound. Rachel Anderson brings the bands dynamic alive (although not the front man) she sings, plays the keys, trumpet, and tambourine throughout different parts of their songs. The first track starts with "A New Sound" which could easily be the single off this album because it is upbeat and easy to sing along to the first time listening to it. The last song on the album is my favorite, it starts slow and comes in strong talking about a man who's son came home after being gone for a long time and the father accepting him for who he is. This EP is only about a half hour long, which is both good and bad. It is just enough music to keep you wanting to listen to more and make it out to a show. Last show I was at the album could be picked up for only $5, which is money well spent! 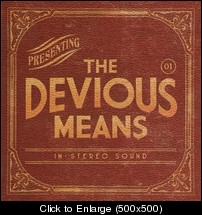