How are you guys doing today?

We are doing pretty well today. There was a big ice storm in DC yesterday so Drew just stayed in the house playing with his toy poodle, and Will is in Australia where itÃ¢Â€Â™s summertime and the livingÃ¢Â€Â™s easy.


What is your names and what do you play in the band?

Drew Champion plays guitar and sings. The Drummer is Will Dobud, and the Bassist is Andre Pagliarini.

You guys are from Washington DC, the majority of our readers are from California or at least the west coast so could you tell us a little bit about the music scene in your area?

DC has a pretty unusual music scene, I would say. The heyday was in the early 1980Ã¢Â€Â™s when Hardcore was making its way across the states. We had Dischord records here with Bad Brains and Minor Threat. That sound later evolved into DC emo, which is unlike the emo out there today. But it was basically a hybrid of punk rock and a softer, more pensive kind of sound and feel.

That legacy continues and today there are a lot of great bands here including Title Tracks, Cobra Collective, and The Coastals! People here can seem to be too cool to enjoy a show. ThereÃ¢Â€Â™s a lot of posturing that goes on, where everybody is just trying to impress everybody else by how little enthusiasm they can show. I think itÃ¢Â€Â™s a hipster thing. So thatÃ¢Â€Â™s lame. But people have been pushing back against this lately and there have been some really fun shows. Often, we get really awesome kids out there who love to watch fun music and let go a bit. Those are the best! Its great to see the amazing bands that come through the city as well.


Do you guys have any future plans to tour?

We plan on releasing our full length debut this Spring. We recorded it with Don Zientara at Inner Ear Studios. It was a dream to record with him since he was the main studio engineer for all of those punk bands from DC (See above). We will continue playing in DC and Drew has been actively playing out acoustic then tour once the record is out in support of it. Hope to see you there!

What are some of your major influences at makes The Coastals sound the way you do?

Some of the bands that influence our songwriting include The Shins, The Beatles, Elliott Smith, and Ambulance LTC, as well as a lot of British Invasion bands like The Animals, and The Searchers. These bands write really great, tight, and honest pop songs where the melodies are powerful and well developed and the chord progressions are interesting without being overbearing.


Whereas the bands that we look to as songwriting influences speak to us intellectually, punk rock really speaks to us emotionally. The bands that have influenced our sound include early Clash, The BuzzSTICKs, Generation X, The Sex Pistols, Squeeze, The Stooges, early Hives, early Living End, Black Flag, Minor Threat, and early Green Day. These bands have a raw, stripped down, powerful sound that just perfectly captures the aggression and frustration that we feel. The punk rock influence also makes us think in a very minimalist and reductionist way about our songs. We want our songs to be tight and we donÃ¢Â€Â™t want anything weighing them down that gives the song less punch.

All in all weÃ¢Â€Â™ve crafted a sound that combines the two worlds pretty well. People who hear Drew play the songs all pretty on an acoustic canÃ¢Â€Â™t believe that heÃ¢Â€Â™s in a punk band, and when we play live, Yuppies decide that itÃ¢Â€Â™s a weeknight and they donÃ¢Â€Â™t want to miss GrayÃ¢Â€Â™s Anatomy for this noisy garbage. The songs on our Stand Up EP that was recently released on ITunes can give people a good sense of how we make raw, powerful punk rock out of really good songs.


Do you have any awesome crazy fan stories?

Right after finishing our recording sessions we played at the small but powerful The Red and The Black. Its this awesome Louisiana style punk bar. I went and saw Semi Precious Weapons there and thought they were great, one month later they were opening for Lady Gaga. How awesome.

But we played with this band that was very dancy and electronic. It was a very big contrast to us but they were on tour. It was a Tuesday and the place was packed and out drum tech/best friend Gu did the worm right in front of the stage! It was so ridiculous and everyone busted out dancing like dying fish. The band loved it, and we all did too. However, I donÃ¢Â€Â™t know if they took is as un-seriously as we did.


Do you believe in UFO's?

I believe in extraterrestrial life, but I donÃ¢Â€Â™t believe in UFOÃ¢Â€Â™s. That would be a long trip just to BACK ENDly probe some farmer and then get shot at by F-14s before going back to a way better planet. But I do believe in ghosts. My friends and I went to an abandoned Insane Asylum a few years back and I swear there were figures peeking out of windows that you could see on a video camera but not with bare eyes. It was a truly terrifying experience.

Thanks for doing an interview with Big Smile Magazine, any last words to your fans reading this?

Thanks for the interview and the great opportunity. Go check out our Stand Up EP on iTunes and let us know what you think. We love to hear from everyone and want to hear all your stories. See you down the road. 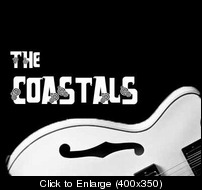