OH, BE CLEVER PREMIERE NEW SINGLE "NEXT TO YOU"

January 29, 2014 - Los Angeles, CA - Alternative electronic duo Oh, Be Clever have premiered their new single "Next To You" www.myoldkentuckyblog.com/?p=44768. Here is the direct SoundCloud link to embed: soundcloud.com/ohbeclever/next-to-you-album-version.

The powerful, energetic and infectious track is full of raw emotion and catchy hooks. Oh, Be Clever are about to embark on a western U.S. tour and will also be performing at this year's SXSW festival.

"'Next To You' was inspired by completely devastating and intense break ups that my band mate Cory and I faced at the same time," singer Brittney Shields explains. "We were both experiencing the effects of a break up and it was driving us to the point of feeling like we were losing our minds. We took our emotions and feelings of madness and transformed it into music, and 'Next To You' was born."

Oh, Be Clever blend elements of rock, soul, and electronic music with raw, emotional lyrics that tell stories of love, struggle and empowerment. The enormous voice of singer Brittney Shields combined with the refreshing state of the art sounds of multi instrumentalist Cory Scott Layton come together to create the catchy, upbeat sound that is Oh, Be Clever. The Salt Lake City duo, however, haven't always enjoyed perfect harmony. Prior to forming Oh, Be Clever, Brittney and Cory were members of separate bands that loathed each other to the point of physical violence. Late one night after a show, a fight broke out in the parking lot between the two bands. Having always admired each other, Shields and Layton fled the scene to create their own music, and Oh, Be Clever was born. 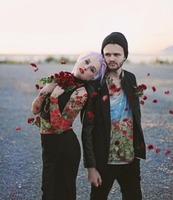