I first heard of MxPx when I was 13 years old, I was into skateboarding and they were exactly what I was looking for at the time. MxPx is fast paced sing-a-long positive punk rock. Now after being together for twenty years "Plans Within Plans" is the bands 9th studio album and it blends their old school sound staying true to their roots while adding two decades of experience. They are more technical, smooth, define, and clean between their recording, instrumentation, and even the way they come across in their lyrics. I feel this album is a continuation or even a progression from their last album (and each between it and their first). I remember being sixteen and listening to "Slowly Going The Way Of The Buffalo" and how the skate-punk at the time was such the soundtrack to my summer. In this album Mike Herrera's lyrics work between some of the struggles and challenges the band goes through as well as personal issues in his own life. Things like family, touring, vans breaking down between shows, their other side projects, and life changes. The second track "Screw Loose" is a hardcore anthem that once you start singing along, it let's you go a little crazy! I think all put together the album is current and viable for where the band is at today, which meshes well with where their fans are now. I would add this album to your collection to complete the full discography if you have any of the other albums. Nevertheless, if this is your first MxPx album it won't disappoint! If you're a new fan, it won't be long before you catch up on the rest of their albums and grow to love some of their hits like "Chick Magnet," "Punk Rock Show, and "Responsibility." 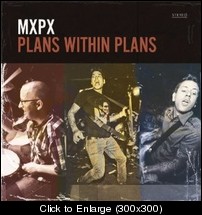