Big Smile Magazine: What were you're previous bands?
L: well... I was in The Reluctant, that was my first working
band, kind of a post-punk/rock/pop kind of outfit. Then I was in Starboxer kind of an indie rock group. We were always thrilled to be compared to the pixies or rainer maria. Both of those were lexington KY based bands. Sometime between the height of those bands i spent 4 months as an actor in a demented stage play "abilene" that was touring the country around 2000-2001. Some of the cast asked me to be in their Elvis impersonator band called Big Hang. We played bars on the road when we were'nt performing the play. That was alot of fun.

Big Smile Magazine: Why did these bands come to an end?
L: A good band is like a radioactive element. When you reach
the half-life you might as well break up , although thier may be hope for a
Big Hang reunion. We're exchanging e-mails about a tour and a DVD documentary in the future but nothing definate yet.

Big Smile Magazine: Whats the worst?
L: Oddly enough the place i'm living now, Nashville. I think if you had replaced "play" with "live" I would've given the opposite answer, but
there are so many places I haven't been to yet. who knows?

Big Smile Magazine: What makes a show your best show?
L: If the show is over and you dont remember anything about it, you know it was a good show. If you fully invest yourself in a performace,
when you're really in the moment, you have no recollection. The observer
dissapears.

Big Smile Magazine: Why do you play music?
L: I was 16 and in love with someone who didn't love me back and when your young that kind of thing , well, its just like the end of the world
and you find yourself thinking "ill commit suicide" or " I've got to find
harder drugs" or " I hate everything and everyone" But then i heard this
song that resonated my deepest self and somehow turned all those bad feelings that felt bad into bad feelings that felt good. The right song can make you happy to be sad. I was forever changed and i wanted to do that for some other hopeless kid so that he/or she could turn thier hopelessness into fuel for thier passions and dreams. Existance is confusing you know? I draw crude maps on napkins and toss them into the sea , maybe they'll help someone.

Big Smile Magazine: Do you have any advice for new bands just starting out?
L: Yes. Write good songs. It seems obvious but its easier said than done. A good place to start is to find out what is secret in you, whats
hard to talk about, then just say it in music. Its also very important to
never worry about if you sound hip or cool or if your band is popular. It
doesn't matter. Just make the sounds you lke and if you're not cool now you will be in 10 years because things change and the public is fickle.

Big Smile Magazine: What do you want to see happen to music in the future?
L: I really admire Paul Kantner. He's a musician in sanfransisco, one of the founding members of jefferson airplane. He compared music to a
refrigerator that fell from a plane and landed deep in the amazon jungle in the village of a completely undiscovered tribe. The tribe doesn't know what the fidge is for so they use it as a playpen for thier babies or as a place to keep thier arrowheads but it may be many years before they discover it true original function. Music is the refrigerator and we are the unkowing tribe. music is so mathmatical yet so emotional. there may be alot of undiscovered information there about the nature of being.

Big Smile Magazine: What are you doing to progress that?
L: Music has the unique power to bypass the rational mind and speak directly to your emotions causing your brain to produce chemicals and
release them into the body and as they dock in the receptors of your body's cells they change your body. Music can do that, change the physical world in all kinds of ways. I'm not sure how to harness that but you know it when you hear it. step 1- shoot for more of that.

Big Smile Magazine: What religion are you?
L: thats a tough question for so many reasons. I was raised baptist and i have had some powerfull religious experiences in church. I do
believe that God would raise a storm and blow out the lights every time i went up front to testify. That happened in two different states. But i've also had some knowledge of past lives that i've had. I've been able to view synchronistic signs that fortell something like death, or prosperity, or big life altering changes. its easy to see how a guy might be a little confused as to how to answer that.

Big Smile Magazine: What do you think about UFOs?
L: Well given the vastness of the universe its very likely there is intellegent life somewhere else out there. And they will plan to come visit
us if they haven't already, for the same reasons we send out robots on rockets.

Big Smile Magazine: How old were you when you started playing?
L: i was 16 and i learned to play greensleeves on my dad's guitar. that was my first practice.

Big Smile Magazine: What were your favorite bands back then?
L: umm.. The Beatles and Elvis because thats what my parents had around. I also liked Social Distortion and Jefferson Airplane.

Big Smile Magazine: What would you say to a kid who has no faith in himself?
L: Find something you love and do that every single day even if its just for 15 minutes. You will become What you love. At that point you've
been tricked into feeling good about yourself and you'll prosper. Not to
mention really kick GRASS at something you like music, math, gardening
whatever you love do it without shame.

Big Smile Magazine: Anything you would like to say to your fans?
L: Mostly i would like to thank them for thier support. I also want anybody that has noticed that Wal-mart is selling my music digitally that it WAS NOT my idea. I do not like Wal-mart, they are part of what is wrong in
this country. if you live in a small city and ever wonder why your scene sucks and your downtown sucks well i can tell you its because of stores like Wal-mart. They buy cheap land on the outskirts and put all the indie buisness out of buisness and erode all the culture in a citiy's center. BAD for america. Please DO NOT buy my music from wal-mart get it from iTunes or MP3tunes or from me at a show. In fact dont ever buy anything from a publically traded corperation. I asked my digital distributer to withdraw my music from Wal-mart but they said "nope" apparently i can't do anything about it just yet. Can't afford a lawyer.

Big Smile Magazine: Tell us about your latest CD.
L: I've got a record coming out at the end of march. Im not titling it untill the very last minute.

Big Smile Magazine: How long did it take to make this record?
L: About the same as the last one, two years and some change. Recording for me is like ghost hunting with a polaroid and a butterfly net. Gotta be patient.

Big Smile Magazine: Where can we get it?
L: lancewhalen.com, CDbaby, iTunes, some other places too but those will be the cheapest. 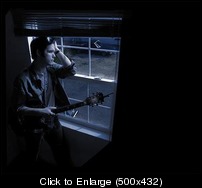