When listening to Brazos' first full length, "Phosphorescent Blues" I always get that feeling of a lazy summer day. The kind of day where the sun is shining, the grass is green, sunglasses are worn, picnics and barbecues are in the mix...the kind of day that is just all together relaxing. The type of day that brings a sweet and reminiscent smile to my face. "Phosphorescent Blues," which was self released on Autobus records is the definition of great indie-pop music. This album is full of rhythmic, bittersweet, and optimistic music. The instrumentation comes together beautifully in simple, toe-tapping, and melodic beats. The vocals are calming, yet sturdy and meaningful. Lead singer, Martin Crane's voice is bracing and hushed and conveys a feeling of urgency and uncertainty. The lyrics compliment his voice in a way that leaves the listener feeling his optimism, while empathizing with his regrets in the melancholic undertones. All ten tracks have their highlights and will leave listeners thirsting for more by the time they reach the quiet vocals on "For so Long Now, " the albums' final track.

While all the songs are necessary in the "Phosphorescent Blues" puzzle, there are a few that act as the glue holding the puzzle together. "Day Glo" is simply irrisitable with its jangly tempo and lively violin. "Tell" marches along with hooking percussion, raw guitar, and the most pop-oriented chorus on the album. "My buddy," the albums opener will hook listeners with it's low-key finger snaps and quirky/smart lyrics. "My buddy, he is a friend somehow, i don't know how," contemplates Crane. The album often feels like it is leading up to something much bigger...perhaps this will be found on their next album. "Phosphorescent Blues" is already a huge step in many ways from their last EP, "A City Just as Tall." It is exciting and stimulating to see what Brazos will bring next. A smart, expressive, and all-around enjoyable album like this proves that simplicity and originality go a long way. 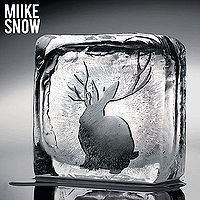