Voices of the Mysterons - They Have Pulled Down..

Voices of the Mysterons "They Have Pulled Down Deep Heaven on their Heads"
Posted Sep 6, 2010.


This album had a solid opening that was punctual just like primus slipping and slappy bass lines and in your face guitars and vocals. I would say that they are defiantly experimental punk but at least to a so cal punk they are from Scotland so maybe not to them. The lead vocalist has an odd originality to his voice that can’t even compare to any other band out there in this gigantic music industry. Musically they are very technical, timing is very mathematical not quite like The Locust but similar in ways with every beat guitar strum was laid out and planned around the beat of the metronome. During each track it was infused with unusual and interesting audio tracks like chanting, growling, rants and raves playing in the background giving a fabled or sadistic feel to each song. Throughout the cd they even had a whistling melody that lead into a trashy fast paced punk song which was undeniably an unexpected twist in the album. Which gave each song character and a different story to tell like you would expect to some long bearded and by a fire about his adventures of life. This album does musically entice ever bit of your musical nature with really heavy punk segments, metal parts, spoken word, trippy parts, and just the mix of sorts of genres. For example the bassist throughout the whole cd stood out like a guy with a pink shirt at a Goth concert with heavy slap bass lines that rumbled your speakers. Each song had the drummer bringing complicated beats that were perfectly on time but completely off canter amazing. I would highly recommend checking them out if you’re a fan of music you wont be disappointed. 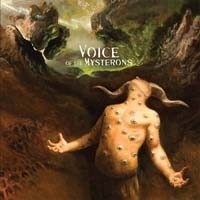