I love underground hip hop and it seems like you have a lot of drive and self motivation, were you always like that was or was it something that has grown with your music?

I've always love the underground hip-hop scene. There is a lot more work involved than I would have ever imagined to put out a full length album. Much respect to Louis Svitek and the WuLi Record camp.

The three things that keep me going are my two children: Ashley and Destiny and Jesus Christ, my lord and savior.

I would have to tell myself to stay focused and on your path. It will get greater later.

Tupak Shakur and Lil Wayne know/knew how to do it big. I could learn alot from them.

Rotimi. He was featured on my single "Get Naked". Mark my word, he is the biggest and brightest up and comer in the entertainment industry. Not only is he a recording artist, he has a recurring role on the show BOSS in it's first season on Starz.

One single act of kindness can go along way, what things do you do on the daily that set you apart?

I always give 100% to whatever I am working on. I don't have to cheat you to beat you.

How did it all start? Where you in front of a mirror, at a party? What made you want to record and start rapping for people to hear you?

I was at a house party and there was an open microphone, I started rapping and realized that I was pretty good at it. The rest came naturally.

How was it growing up in Chicago?

Growing up on the west side of Chicago was, as expected, rough as hell. The game was cold but fair.

Yes I do! Please believe in every line that I spit, it's heart felt. I will never cheat my fans with bubble gum raps. 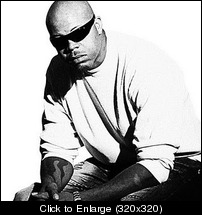