This album is terrible. Don't buy it.

On the basis just on the first song, which is a hilariously bad piece of crap, don't buy it. This rapping, yet incredibly white, lead singer is an embarassment to the human race. It is an insult to rock n roll, an insult to hip hop, to pop music as a whole. Hell, it's an insult to the lead singer, who should probably just go ahead and hold a press conference to apologize for his shameless pandering to 14-year old girls. I heard an A+R guy once say: "I sell crap to 13 year old girls so they'll buy it." This is a pretty good example.

How can Warner and these labels possibly think this band's going to be any good, that anybody will buy it? There's some vague creativity in it's awfulness, but it's not 2004, not 2011. Nobody's interested in escapist bullshit, there's a riot going on, for fucks sake, and lyrics like "She's a hollywood dream/I'm going to be the Hills to her Beverly" are not exactly reflective of anything in real life.

I kinda want to meet the lead singer just to ask him how he can feel good about himself. Does he feel good, knowing he uses keyboards, auto-tune, and studio effects to destroy actual feeling? Poor STICK must cry himself to sleep.

In conclusion, don't buy this. It's a terrible, terrible album. Do the human race a favor and listen to the Stooges instead. It's a white boy singing, and he wants to be your dog, but at least he's honest. 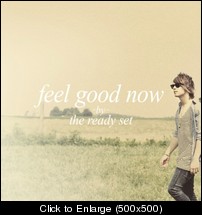