The CDdoes start off to a mellower style of screamo that isn't seen too often in the current music industry so it made it pretty enjoyable. But the second song of the E.P. dives you right into the type of hardcore that you were seeing alot of in 2003 in the OC and LA area. The band does have dual vocalist which is reminiscent of old "From Autumn To Ashes" just without the same brutal chuggy breakdowns that "FATA" used to produce on their albums. For the most part I would categorize it as screamo so it does lack real chunky riffs within your face style breakdowns that would have a huge bit errupt like a dormant volcano at any venue. For the most part, the vocals were very clean and clear and the band did match there genre all the way through the entire CD which is pleasent when you are trying to listen to one CD that you want to quench your thirst for a style of music. What it boils down to, I dont' think I would go out of my way to see them live but if I was already at a show and they were on the bill to play I wouldn't be dissapointed. 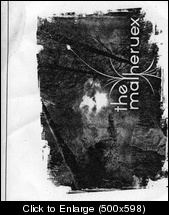