The world of the Jon Spencer Blues Explosion is a freaky, fuzzy, funky, place. It was seemingly created as the toxic byproduct of a shared acid experience between the MC5 and James Brown and has been orbiting our planet since the early 90’s. Meat and Bone is the first album by the Jon Spencer Blues explosion in eight years and some things have changed in that span of time. Bands like the White Stripes and the Black Keys have taken the Low Fi DIY aesthetic, past property of the indie crowd, straight to the masses and JSBX is taking notice of it.

On the excellent, ‘Bottle Baby’, Spencer acknowledges the accolades being heaped upon the new breed of artist that is being rewarded for sounding so retro. He howls from a rusty podium, “I feel like a God, but I still got a problem payin’ the rent”. Testify, Brother Jon!

Other stand out tracks on Meat and Bone include, ‘Black Mold’, ‘Bag of Bones’ and ‘Get Your Pants Off’, a song that opens with Spencer gleefully commanding….. (Wait for it)……. “Get your pants off’!! Meat and Bone is short on subtlety but long on grimy jams and trashy riffs.

If super high fidelity is your thing, then you will have to get your kicks elsewhere. Meat and Bone sounds like you’re listening to a bad third generation 8 track tape dub downloaded to a cheap cell phone while driving through a tunnel (roughly). But the Jon Spencer Blues Explosion is not intended for mass consumption. It is intended for the only people who have ever got it; the freaky, the fuzzy, and the funky. 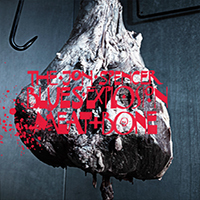