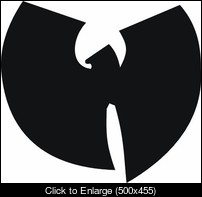 Genre: Hip Hop;
About a week ago I was watching old music videos from like ’96-’02 and I thought to myself,”What happened?”I remember turning on the radio and liking what I heard. Now I don’t know if it was because I didn’t understand the lyrics or topic, but it seems nowadays all the music on the radio is about going to the clubs, poppin’ bottles, easy girls, how much money they got, and cars. Maybe if the lyrics were a bit more complex I’d give it a shot, but I can write better songs then majority of the artists out today.

Do you ever find yourself changing the radio until an older song comes on? Why is that? I know a lot of people who only have the radio on if it’s an older song playing. I know for me it’s because I’m used to decent lyrics and what’s playing now to me is a disgrace. How many artists do you think will be relevant 10 years from now? Why are artists like Eminem and Jay-z still topping the charts more than 10 years after their debut? Not even Drake could outsell Eminem. Will we ever see any groups like Wu-Tang Clan, Run DMC, and Public Enemy again? These artists are REAL lyricists and can rip apart 70 % of artists today. Ten years ago hip-hop/rap wasn’t as popular as it is now, so artists had to be creative and lyrical to survive. Every time I’m on Youtube or talk to a friend, their complaint is that music today isn’t real. Older rappers took a stand and paved the way and I think the newer generation should keep it going but from what I’m hearing, don’t hold your breathe.

Even back then songs had a certain formula, but there was more of a balance with the song selection on the radio. R&B songs were more about love, relationships, heartbreak, and reconciliation. And these artists actually had talents like singing and dancing. Now a lot of R&B is auto-tuned and their songs are about the next girl in the club, and as far as performing, well, how hard is it to get 10 people on stage and pour champagne on a female?

As far as rap goes the only songs that get radio play are the watered down/generic songs. Songs that consist of telling the public how much money they got, cars they have, women they’ve been with, and how they are so tough. Wasn’t rap supposed to be for the people by the people? I don’t know anybody with an Aston Martin and has millions of dollars, how about you? If rap artists can bring more of a balance of content to the public, I think the people would benefit greatly. I think the public is in a delusion right now and we need to get back to reality. Even when a song comes out with some substance it gets minimal radio play. When it comes to hip-hop, hip-hop has always been about lyrics and content within that. So hip-hop has been pretty constant since the 80’s.

But I’m glad to say that this 2010 year has shown some progress, but still needs work. The lyricism and substance in rap/hip-hop is finally coming back, but I’m still going to stay away from the R&B scene until I hear a change. I won’t give up on music though because I know artists with substance will always prevail.