British punk has had a couple of interesting years; Gallows resurrected the bleeding maw of British hardcore, while The Libertines combined Rimbaud-style poetic decadence with the modish punk of The Jam. A new band, Sharks, is something different, more American, yet unmistakably British. Influenced by bands like The Replacements and The Gaslight Anthem, Sharks features badass punk songs and a genuine sort of vision, poetic but crunchy when the chips fall.

Their second EP Show of Hands is to be collected along with their first, Shallow Waters, on a new LP by Rise Records, and then they're hitting the Warped Tour (why such a genuinely talented band would is a mystery to me). Show of Hands develops some of the experimental feel of Shallow Waters into real rock anthems, with muscle and flash. This is a bit of a powerhouse band, like Against Me, and you can feel the power behind their songs.

The first song "Trains" begins with lead singer/songwriter James Mattock singing acapella the chorus, and what is almost a mantra, "How pathetic it must sound/to a hope of finally getting out/to someone who doesn't even know he's bored of this town/try to make sense of what happens next/and in the meantime I could've stolen a Ducking car!" Then the band explodes into a rock n roll attack, Mattock's rage and confusion put into vivid music. As much as Sharks is well-produced, it doesn't castrate it. This is punk with real balls, not Five Year Strong.

"It All Relates" uses a "Whoa-oh-oh" chorus and an anthemic lyric of artistic struggle and turns it into something special. They sound just plain pissed, ready to strike. It's emotional music, not emo, music that quakes with strength, like the Mats before them. "More Blue" is a little slower, but ponders the power of memory: "We're drifting across the asphalt, overlapping the lines in the road/Remembering things in soft focus, intact with what we know, or dont." Yet Mattock vows on "Glove in Hand": "In old, I engage to take on every passing day with true hate." He'll grow up, but he won't like it, and he's not going down fighting.

If there is any central theme to the album, it's the struggle of growing up, yet being bored shitless at the same time in the same town you grew up in. Show of Hands deals with that middle time between being a teen and being a man, and the surreality of it all, where grandeur is still possible. This is a band to watch. 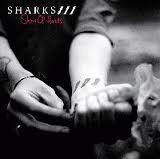