What does REDcapricorn mean?
-First off, the color red is one of the most, if not the most intense of
colors. Red is said to at the sight of make one's blood pressure rise. Red
is one of the colors that can be the most intense fury or the most beautiful
passion. Red is the color of Cupid, red is the color of the Devil. Red is
the color of a rose,red is the color of blood. Red is a color that can
please most any one in a situation. Red can match up with whatever one may
feel. Red is love and war.
The second part of our band name, from the zodiac symbol Capricorn. People
who are Capricorn are said to attempt to bring about the perfect society, to
create heaven on earth or make practical, efficient connections with others
on the physical plane. Capricorn's are ambitious, feels pride in
accomplishments; concern with truth, reality, and "hard facts". This is what
our goal is as a band make music that everyone can relate to. Give a message
that everyone can connect with. Give people opportunity to relieve them for
sometime, to escape the problems of reality, if even for a brief second.

How do you guys like working with Code Blue Media?
-It has been a pleasure! There really into what they do, theyÃ¢Â€Â™re very
dedicated and hard working people. I see us working together for a long
time! There deals are amazing as well, any musician could use this it is a
very helpful program.

Do you have any upcoming shows?
-By the time I answer this there will be new ones added, so for all of show
dates please check out our Myspace page! (myspace.com/theredcapricorn)

Where do you get most of your lyrics from?
-All of the lyric I (Kody) write. I make it my top priority to make all of
our lyrics have a real, heart felt meaning. I donÃ¢Â€Â™t write about random thing
and I donÃ¢Â€Â™t write songs that have no meaning. Every one of our songs is like
a story they have a beginning and a end, its just packed into about 3 or 4
minutes.

Do you have anything recorded?
-Yes, we have a 3 song demo out. We recorded it back in March of 07Ã¢Â€Â™. We
also have a new single on the way.

How long did it take for you guys to finish the recording?
-it took us 5 hours to record 3 songs, like I said we did it back in March
so itÃ¢Â€Â™s a little outdate and we did it a little prematurely, its ok for a
demo though.
Our man, Anthony Cardelli from New Bern NC at 2nd St. Studios did the songs
for us. He is amazing, he has talent and he totally knows what heÃ¢Â€Â™s doing.
HeÃ¢Â€Â™s also a blast to hang out with!

What is the best thing about playing music?
-Sending people that message thatÃ¢Â€Â™s in every song, and letting the people
connect with you. If you can get people to receive the message of your song
and let them feel it in there hearts thatÃ¢Â€Â™s the best feeling I could ever
ask for.

Any funny stories about a fan?
-I have had several girls to try to talk me (Kody) into going to a hotel
with them, I had no idea even who these chicks wereÃ¢Â€Â¦its kind of a bizarre
situation to say no nicely.

Do you guy have any tours in the making?
-Keep an eye on us this summer, were going to blow the scene up!

What religion are you guys and how does it effect your music?
-We are all Christians, It doesnÃ¢Â€Â™t so much affect our music, but we all are
very proud of our religion. We have a habit before we play a show to pray
so.

What do you guys do for work right now, other than playing music?
-Were pretty much bums! We have to depend on our band for our income, which
thatÃ¢Â€Â™s pretty much our lives so it works out for the best!

What were some of your favorite bands growing up and what bands have
influenced your band the most?
-Wow, its hard to pick a few, 30 Seconds To Mars, The Used, The Exies,
Nirvana, Shinedown, Vains of Jenna, Alice In Chains, Sex Pistols, MCR,
Bullet For My Valentine, Sound Garden, Metallica, 3 Days Grace, Breaking
Benjamin, Green Day, Tool, Pearl Jam, Trivium, A7X, GodSmack, White Zombie,
Puddle of Mudd, Smile Empty Soul, Chevelle, Stone Temple Pilots, Guns &
Roses, Helmet, Alexis On Fire, Fuel, Tool, The Red Jumpsuit App., Gym Class Heros, The Acdemy Is..., RHCP, Atreyu ...Way to many to name.

Do any of the members of the band play in any other bands?
-No, we donÃ¢Â€Â™t believe in that. If your going to be in a band, stay 100%
dedicated to that band and that band only. ThatÃ¢Â€Â™s just us though.

Anything you would like to say to your fans reading this interview?
-Support us, Love Us, And be there for us!!! Cause we will do the same for
you!!! Hope to see you all at some shows, add our Myspace, and thanks for
taking the time to read this interview!

Do you have any promoting secrets that you would like to share with our
readers?
-I know its hard for a lot of musicians out there, believe us we know, But
selling merchandise is the BEST way by far to gain respect, just save up the
money you can get a demo, some stickers, some shirts, and sell sell sell!!!
Anything you set your mind to, work hard enough and it will payoff!

What do you think of Big Smile Magazine?
-ItÃ¢Â€Â™s the best! You guys are letting us do an interview now! You have our
FULL support and we look forward to working again with you guys! Take care
and thanks for everything!!! 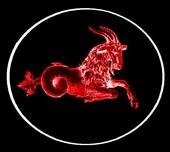