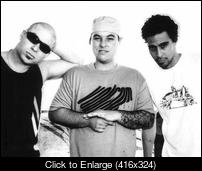 Featured Artists: Pepper; Genre: Reggae; Rock;
My friend Kaylee and I got the chance to sit down with Kaleo from Pepper. All the members wish they could have joined us, but they were busy getting things set up for their performance.

Kaylee: First off let’s start with your name.

Mary Dean: Kaylee goes through that.

Kaleo: Try going through that on stage. People are yelling at you and they are completely mispronouncing your name. They believe so whole heartedly that that’s your name.

Kaylee: What are your favorite stage moments?

Kaleo: If I were to go back to the archives there would be too many. So I’m going to just stick with this tour. My favorite stage moment in this tour happened during the encore. You have to see a show to really understand it. You have to experience it.

Kaylee: What was it like to move from Hawaii to Southern California?

Kaleo: We were afraid. We basically just moved. There was a lot of starving going on for a while. We met a lot of really nice people [which] really goes with any type of travel. Even if you go back pack across Europe or take a trip to Australia you’ll meet some real good people in the world. Hopefully you stay away from the bad ones, but you’ll come across a lot of good people that will help you along. It was a good time. We were young, we wanted adventure. Definitely got it. Everything has been working out. I feel blessed.

Kaylee: How is performing with Slightly Stoopid?

Mary Dean: We love them.

Kaleo: Ever seen a Pepper and Slightly Stoopid show?

Kaleo: Please come to one. They are so much fun. All the guys in Slightly Stoopid are great. We’ve been friends for years. We always have a good time. We are doing a 2008 tour in summer with Slightly Stoopid. It’s going to be a record release, so we are going to be touring all summer. Should be a great summer for 2008.

Kaleo: This is one of the spots; we did two nights here this tour so we’ll just have to make it four. It’ll be like one of those Social Distortion shows with like 35 days.

Mary Dean: And they’re always all sold out.

Kaleo: Right. And I heard Bad Religion is getting on that too: 25 shows. The thing is the House of Blues is a great place to do shows; sound is excellent [and] the people are great.

Kaylee: What are your main influences?

Kaleo: I’m going to put it this way: my main influence is good music. I know you guys are probably in the same boat as me; you like not having to listen to one type of music. We are able to break the racial grasp that says we have to like one type of music. And the age grasp. Like Motown, which is what I spend a lot of my time listening to. Also a lot of reggae stuff, [and] a LOT of rap. It has to be good; it can’t be mass produced hip hop. I like Tribe. I like old stuff.

Kaylee: It’s nice when people are so open minded with music and not so close minded.

Kaleo: Every genre of music has something to offer, you just have to be willing to listen to it. We are huge metal fans. We go all around the globe. There are bands that really stick out to us. We are fortunate enough to have the opportunity to listen to everything around the world. It’s great.

Mary Dean: I was thinking about how in different time periods they had a certain kind of genre that everyone listened to. Now music has progressed so much that there is so much stuff out for everyone to listen to.

Kaleo: Exactly. You could go to Compton and hear someone blasting Coldplay. Or the opposite. There is a white kid in Newport who is blasting Jazz. It’s a great time to be alive with music.

Kaylee: With the song “Give It Up” were you surprised that it got so big?

Mary Dean: Did it blow your mind?

Kaleo: No. Nothing like that. We always wanted to be comedians, we just ended up being comedians that suck at standup so we decided to be musicians. That song “Give It Up” was actually poking fun at the whole pop-punk revolution in the early millenium; like 1999-2000. We were making fun of that. To this day it’s one of the longest legs that we have. Kids love it. Basically it was one of those things where we were like “lets come up with one of the most obnoxious themes we can think of and put it out.” It’s probably the most successful and most memorable Pepper song to a lot of people.

Mary Dean: Did you think it would be?

Kaleo: We never do. We don’t write like that; it would be taking away from what we wanna do. And what we wanna do is be one of those bands who’s lucky enough to make good music. If we just focused on putting out a single, it would totally just devestate us. It’s not anything we want. Basically, Pepper is a live show. The fans are great; they are the reason why we are still here. We are able to drink every night, play music, and tell jokes. All 3 of us feel exactly the same. We are real grateful. There are a lot of people that aren’t grateful. A lot of people get caught up in it sometimes.

Mary Dean: I’ve met a few musicians where after a show I’d talk to them and they are all stuck up, and I’m like you don’t need to be like that.

Kaleo: The best time to interview someone is before a show. After a show their ears are ringing. It might not be you; maybe the monitors were messed up or they didn’t play good. Take that into consideration too. You are up there on stage and have to make sure people are entertained. And when everything is not clicking it gets a little more difficult.

Mary Dean: So for your fans reading this, what would you like to say?

Kaleo: Thank you for believing in music still. The way that the music industry is unfolding is amazing. Record labels are folding; every major record label will probably be destroyed in the next 3 years. That means that we cut out the middle man again and we can give musicians to people.

Mary Dean: That’s the way it should be.

Kaleo: You cut out the middle man so you don’t have a filtering system; it’s actually us and you. We’ve been taught by the music industry that you’ve got to get signed by a major record label because they have money to make your record. But most major labels are so afraid of holding onto their money right now because music is free and they’re freaking out. Whatever they put out has to be market friendly at the time. Who wants to be like that? I personally don’t wanna spend millions of dollars in make-up every year. That’s cool if that’s your deal. And if people wanna see that, that’s cool. That’s their thing. But it shouldn’t be the record label making you do that.

Mary Dean: I agree. Music should be about freedom and self expression.

Kaleo: I’m not hating it. If you wanna go and shave half your mustache off go for it. That’s sick! Just as long as the record label is not telling you to do it. Because there will be 4 other bands on a billboard and they all have half of their mustaches shaven off. Don’t be a carbon copy. And just have some fun. If you don’t laugh at yourself, you lose the whole point of this whole thing. Laugh at yourself. It’s fun! When someone has a video of us on stage, the three of us will make fun of each other to the point of no return. It’s so funny. I dance around like a monkey. To the fans: THANK YOU FOR STILL BELIEVING IN HAVING A GOOD TIME. Especially in a world that looks like it’s going down every day. At least we can smile for an hour and a half. So thank you and keep coming to the shows. Hopefully we can still do something to get you stoked.

Check out the Follow up INTERVIEW done 8/2011 for what is new with PEPPER!