This spring, rising singer-songwriter Jesse Denaro will make his soulful debut with his first full-length album, Dear, Love, due out on May 13th. In anticipation, he’s partnered with AVClub.com to premiere the record’s first new song, “The Grand La Monz.” Fans are invited to stream and purchase the new song as well as pre-order Dear, Love today at jessedenaro.bigcartel.com/ .

“"The Grand La Monz" is a song about feeling hopeless, feeling lost, feeling like you have no purpose,” says Denaro. “At the time it was written, that is exactly how I felt. But I hope you, the listener, can connect with this song. Make it yours, and let it be encouragement for you. You have a purpose, and you're here for a specific reason.”

Denaro’s honesty is boundless on his debut record, Dear, Love. He’s passionate about his craft and committed to being genuine with his music. It’s music with a mission, music that seeks to connect with others and to encourage them in whatever place in life they’re to be found.

"Dear, Love is my first full length album as a serious artist,” Denaro adds. “I've been doing this for a while now, but Dear, Love feels like my freshman album. I spent 2 long years creating this album, and hope it translates correctly. You, the listener, should expect it to be honest, transparent and encouraging. This album was therapeutic for me, and I hope it is the same for you.

Hailing from Orange County, NY, Denaro was always destined to become a musician. His parents had music-related jobs and shared their talents with him at church each week. Following their example, Denaro focused his passions, put in the work and graduated from Full Sail University in 2012, all while honing his musicianship and songwriting skills.

Denaro adapts a very do it yourself approach to his music, writing all of his own songs and playing most the parts for his studio recordings. He does draw from the collaboration of some close friends on the arrangements but otherwise holds his song tight to his chest. Additionally, he dives into the background of the work as well, engaging in the engineering and mixing and mastering of his songs as well, not to mention the design work to boot.

And the music he creates is something that connects with a diverse array of people. Drawing favorable comparisons to artists like City & Colour, John Mayer, and Death Cab for Cutie, Denaro has seen his version of soulful indie rock be enjoyed by everyone from “a Dad of three kids, to a seventeen-year-old girl” while touring all across the country.

But he’s is most excited when his music and mission collide, helping his listeners to engage with reality and to find hope in his work. His latest single, “The Grand La Monz,” is such a track. Following the internal struggles of feeling lost and essentially homeless, it echoes back and forth between the cries of the lost to the voice of someone (God, or whoever you connect with) offering hope and solace, reminding the listeners that they’re not the only ones.

It’s that heartbeat which seeks to give hope to others, providing a real connection that fuels the music of Jesse Denaro and is the one that keeps listeners coming back.

“I want to play to people who are broken. Who are hurting. Who are real,” Denaro says. “I want my music to help people, give them the courage to end their unhealthy relationship, or get over the person who hurt them, or push through the rough times they may be facing…That’s my goal.”

Follow Jesse Denaro at www.facebook.com/jessedenaroofficial for additional news and updates. 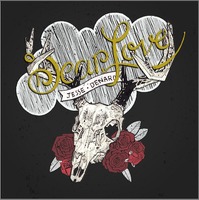