Norwegian quintet Highasakite are gearing up for their return to the states for performances at SXSW and a tour out to the west coast with UK-based indie pop trio London Grammar (see dates below). To celebrate the upcoming events, the band has released new track 'Hiroshima' off their forthcoming full-length debut, Silent Treatment, out April 8th in the US and recently #1 in Norway. Listen to the track now at Noisey! Silent Treatment is available for pre-order at Amazon or iTunes.


Silent Treatment Tracklisting
1. Lover, Where Do You Live?
2. Since Last Wednesday
3. Leaving No Traces
4. Hiroshima
5. My Only Crime
6. I, The Hand Grenade
7. Darth Vader
8. Iran
9. The Man On The Ferry
10. Science & Blood Tests 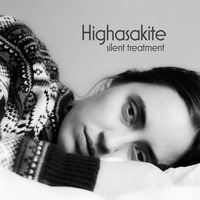