To Be Released March 25
On Triple Crown Records

JANUARY 29, 2014 - DETROIT, MI - Fireworks, the five-piece band from Detroit, MI are thrilled to announce their upcoming album "Oh, Common Life" available March 25th via Triple Crown Records! The band reunited with Brian McTernan, (Circa Survive, Thrice, Balance and Composure) the man who drove the ship on their critically acclaimed previous release "Gospel", for production on "Oh, Common Life" in September and October of 2013. What emerged were 11 songs that make up what is by far Fireworks' most personal album to date.

"This is a record of self-realization. It's all pretty self-absorbed and personal, and it all came from within. When we show it to people close to us, it can get uncomfortable because of how personal and relatable it is." says guitarist and back up vocalist, Chris Mojan.

"We were able to break everything down when we were writing," Mojan continues. "I think that shows on the album. It's complete honesty."

Songs from the new album will see release very soon.

"Oh, Common Life" Track Listing:
1. Glowing Crosses
2. Bed Sores
3.The Back Window's Down
4. Flies on Tape
5. Woods
6. Play God Only Knows At My Funeral
7. One More Creature Dizzy With Love
8. The Only Thing That Haunts This House is Me
9.The Sound of Young America
10. Run, Brother, Run
11. The Hotbed of Life

"Oh, Common Life" is a rock record that does whatever it wants to do - but from the familiar aggressiveness of the opening "Glowing Crosses" to the ranging pop vocals of "Flies on Tape" to the spine-shivering intensity of the guitars on "One More Creature Dizzy With Love," nothing ever feels out of place. It's proof that Fireworks has reached a point where it can do what it likes - and do it well.

Fireworks are also excited to announce that they will join Philadelphia's The Wonder Years on their upcoming spring headliner with Citizen, Real Friends and Modern Baseball! The tour kicks off March 5th in Clifton Park, NY at The Upstate Concert Hall. Tickets are on sale now and can be purchased here: twy.soundrink.com

Composed of vocalist David Mackinder, lead guitarist Brett Jones, guitarist Chris Mojan, bassist Kyle O'Neil and keyboardist Adam Mercer, Fireworks is a band filled with electric personalities and endless influences, who have shared the stage with acts such as New Found Glory, Saves The Day, The Starting Line, All Time Low and many more. 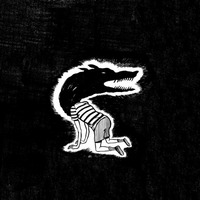