What genre is your music? Hip-Hop and depressing Indie AKA Emo. In short, emo rap.

What are some of the shows you have coming up? None planned thus far, but when we do have shows they're HUGE.

Who got you interested in playing this kind of music? Atmosphere, Bright Eyes, Alkaline Trio, Death Cab For Cutie and other groups that made me want to write good lyrics. Ã¢Â€Â“ RoCom
The plethora of women who have shitted on our lives, and the reasons why we still love them. Ã¢Â€Â“ Ross G

What is music to you? It's my love, my crutch and my best friend. Ã¢Â€Â“ RoCom
A great outlet for some artistic expression. Ã¢Â€Â“ Ross G

How did you come up with your band name? We were originally going to be called Cardiac Arrest because we thought it was such a bada name, but it was already taken by some metal band. So we chose Closed Heart Surgery. It's a dissection of the heart without the drugs and scalpel.

What venue would you like to play the most that you haven't played at?
If we could land a show at The Glass House, that would be nice. Ã¢Â€Â“ RoCom
"Mandalay Bay fool, House of Blues.." ? that is a quote from one of my favorite Felt songs, "Life Vegas." Ã¢Â€Â“ Ross G

When, Where and How was your first show? Our first show was last year in our friend's living room at a birthday party. There was a lot of pressure on us to perform. Luckily that was alleviated when the 20 people watching us left half way through our first song to smoke outside. It was awesome. Ã¢Â€Â“ RoCom The show was awesome, our hype man was kinda wack because it was his first time I assume. Ã¢Â€Â“ Ross G

Who do you, one day, want to play a show with or open for?
Atmosphere, hands down. They're the main influence for our style and always put on a great live show. Ã¢Â€Â“ RoCom Jessica Simpson, since I'd like to sleep with her afterwards. Ã¢Â€Â“ Ross G

Why do you play music? So that I don't kill myself or spontaneously combust. It's the only way to get pent up bull out my system. I guess it also makes for good jams that some people seem to like. Ã¢Â€Â“ RoCom People ask me that all the time, and assume that I am trying to become a professional musician or something. I tell it like this: There are kids playing pickup basketball everyday, does that mean they are trying to make the NBA? No, they do it 'cause it's a fun way to pass time. Same thing with music. It's sort of mental exercise. If people feel it, tight. If not, then I am not offended in any way. Ã¢Â€Â“ Ross G

What makes you strive to be heard?
For the most part, people aren't that different from one another. The majority of us go through a lot of the same trials and heartache. I don't want anyone to think they're alone in that because they are not. Ã¢Â€Â“ RoCom
The moneyÃ¢Â€Â¦psyche, although I wouldn't mind if we could get some more Snocap sales. Ã¢Â€Â“ Ross G


What inspires most of your lyrics?
Life. Things that plague my thoughts and the women that have made me think twice about my self worth. Ã¢Â€Â“ RoCom So many things, but mainly women of course. Lot's of people think our music is pussy or whatever, but I once read a Rick Rubin article where he said that most artists are naturally more sensitive to things in general. I think that is pretty accurate. Ã¢Â€Â“ Ross G

How many people in the band right now are the original band members?
All of 'em. Ã¢Â€Â“ RoCom Actually only two, RoCom and I. We recently added a DJ, DJ Carltron. He is kind of a prim Madonna and gets way more play than either of us. Ã¢Â€Â“ Ross G

What brought your band together? I was telling Ross one day that most of the underground hip-hop I had heard wasn't that impressive and that if we put our minds to it, we could make some good jams. He took it to heart and played a Ghostface Killer instrumental for me in his car the following week. He suggested we throw some lyrics over it and make a song. By December 4th, 2005, we had our first song up on MySpace, Seats Don't Recline. Ã¢Â€Â“ RoCom

Hahahahahaha. When I first met RoCom in college, he was on a punk rock trip with his guitar and BARNICLE. Initially I thought that stuff was pussy music (ironically), but then I started to like it. In general I'm open to all music Ã¢Â€Â“ even country, just give me some time to acclimate to the sound variation. I had to wait 6 years (when the punk rock phase was over) and some NUT to break RoCom's heart before I got 32 bars out of him. Since then, he's actually always been pushing me to write bars. He's a song machine. Ã¢Â€Â“ Ross G

Where do you wish for your band to be in 5 years? I wish for us to have 3 full length albums, a loyal fan-base and still have the heart to play Hogue Barmichaels for our friends and family. Ã¢Â€Â“ RoCom
Cover of Rolling Stone Magazine. Ã¢Â€Â“ Ross G

What do you think its going to take to get there? As long as we stay true to the music, we'll get there. Ã¢Â€Â“ RoCom Time. Ã¢Â€Â“ Ross G

What is the best thing about being in your band? Having the ability to instantly have over 8000 people ready to hear what I want to say when I want to say it. Ã¢Â€Â“ RoCom
All these kids on MySpace relating to the music. Ã¢Â€Â“ Ross G

Where have you been playing lately and how has your response been?
Our second show was in LA at OntheRox(thanks Jeff) and we received a fairly positive response. But, since then, each show has gotten better and better. People say our latest show was the best yet and I can only see them getting better.

Do you have any advice to starting bands? If you suck, we'll probably write a dis-track about you. Don't blame us, blame the BEEF DVDs. Ã¢Â€Â“ RoCom
Yeah, I have advice. If you want to create music, don't stop because of fear that you won't sound good. F all that. Just make your music. I love listening to these random music pages on MySpace where the sound and recording quality isn't that great, but you can hear and feel the emotion. One of my favorite bands lately, The Heartless Horseman, is the weirdest mother I have ever seen/heard, but his sound is new and fresh and for some reason I like it. Ã¢Â€Â“ Ross G

What is the best thing about music?
It's always there when you need it. Ã¢Â€Â“ RoCom

What is the worst thing about music?
It can alter your mood and mess with your emotions without even knowing your name. Besides that, there's so much of it out there that it sucks to know that I'll never get to hear all of it before I die. It is comforting to know that most of it is crap, so I'm not missing much either. Ã¢Â€Â“ RoCom
When someone listens to the Braveheart soundtrack, which is just basically the score for three hours straight on repeat while you are driving to the Grand Canyon. Ã¢Â€Â“ Ross G

What inspires each of you to play?
Women I can't get. Ã¢Â€Â“ Ross G
Every positive comment I receive about the music we make. Ã¢Â€Â“ RoCom

What do you want to see happen thru music in the future?
All artists can actually own their own music. Ã¢Â€Â“ Ross G
Focus will move to the music, not the image. Ã¢Â€Â“ RoCom

What other instruments can (each person) play (other than the ones they currently play in the band)? I've played the guitar for 7 years now. Ã¢Â€Â“ RoCom
I played piano for 6 or 7 years, and violin for 2 way back when. I also messed around with some guitar, but I suck real bad. Ã¢Â€Â“ Ross G

Any funny or interesting stories?
Well, it's not much of a story, more like a comment. It's really funny how some "haters" managed to use racial slurs when no one knows what the hell we look like, let alone our race. - RoCom

What do you think about UFOs?
I saw one when I was 12, It was scary. I'd seen the movie Fire in the Sky and that didn't help me feel any better about the fact. Ã¢Â€Â“ RoCom
Aliens don't exist, but "Zombies Are Real." Ã¢Â€Â“ Ross G

What do you guys do for work right now, other than playing music?
I test games for EA, Grandma's Boy anyone? Ã¢Â€Â“ RoCom
I'm in my first year of Medical School right now. - Ross G

Did your parents like you playing when you were younger?
Sure. But only classical music. But I always hated it, because classical music doesn't attract women. Ã¢Â€Â“ Ross G

What advantage do you have above other people because you play music?
I don't know if it's much of an advantage, but my taste in music has become acute to the point where most music is unimpressive to me. After writing so many songs and listening to countless underground groups, it makes me a pretty harsh critic to new music. Ã¢Â€Â“ RoCom

What were some of your favorite bands growing up?
In Junior High it was all about Green Day and Weezer. In High School it was thick loads of west coast gangster rap, Westside Connection, 2pac, Snoop Dogg and Dr. Dre. From then on it's been an eclectic mix of music from Throwdown and Killswitch to Sage Francis and Brand New. Ã¢Â€Â“ RoCom 2Pac, Westside Connection, Dr. Dre, Bone Thugs 'N Harmony, Wu-Tang Clan, Atmosphere, and Tha Dogg Pound. Ã¢Â€Â“ Ross G

What would you say to a kid who has no faith in himself?
I'd challenge him to a game of Puzzle Kombat(it can be found on Mortal Kombat Deception). I'd also tell him that I'm really good at the game. Then, I'd lose. If his esteem isn't boosted after that, I've got nothin' for 'em. Ã¢Â€Â“ RoCom I'd find a bigger loser than him and introduce the kid to make him feel better about himself. Ã¢Â€Â“ Ross G

What would you say if you saw yourself as a 10 year old kid playing at the park?
Boys are better than girls, you believe it now and don't forget it in the future, no matter how hard they crush your fragile-emo-heart. Ã¢Â€Â“ RoCom

Anything you would like to say to your fans reading this interview?
Thanks for everything. There wouldn't be any reason for us to keep making music without the constant encouragement we get from you. Thank you. Ã¢Â€Â“ RoCom
Thanks for giving a BARNICLE about us. Hopefully we can continue to write music that you will enjoy. - Ross G 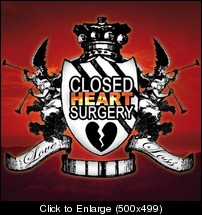