Formed in 2002, Chase Long Beach has risen quickly through the ranks of the Southern California Ska movement trying to revive the scene. Packing their energetic live shows full of kids, CLB are creating a solid name for themselves. Chase Long Beach started out as most ska bands do, playing the local church and school circuit. Their first break came when they played with fellow Orange County band Suburban Legends. At their second show they played together CLB released their first EP "A Molotov STICKtail Party" creating a loyal following as well as impressing their ska colleagues. Composed of three out of seven members in their band, their brass section is one of the most tight knit in the world, the band is never lacking energy onstage. Despite the band's age, the listener cannot help but respect them as artists and human beings. There new cd “LeBeC” is totally rocking and it’s still the same good stuff that your used to so if you like ska music then check out there new cd out in stores everywhere this is total party music and stuff you can cruse to in your car. You can check them out more on myspace and they are currently on tour so get out to some of their shows and show them some love. 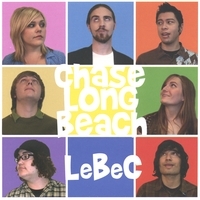