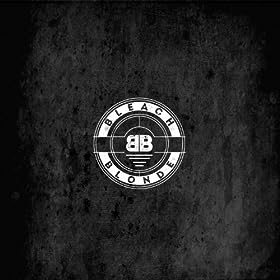 Every band is about progression and
putting your music out there. With Bleach Blondes', self-titled,
three track EP, that statement is correct. Not only do they progress
within their own EP, but these five men are heading back to the
studio to release a full album this year.

Bleach Blonde, starts off with a track
called Sea Mint Pastel. Below I posted an acoustic video of the men
performing the song, but when you listen to the version on the EP,
you can't help but think of most punk-rock bands that you now call
emo, but listened to anywhere in the gap of 2000-2006. You remember
the type I'm talking about.

With a sound similar to artists like
Jimmy Eat World, a lighter Hawhtorne Heights, the pop of Damiera, and
the spunk of an earlier Fall Out Boy, these five men that make up
Bleach Blonde will leave you salivating for more tracks.

The second track, Play Catch Up, is the
hard-hitting song in the middle that brings even newer life and
energy to the EP. Though the song is a heart breaking realization in
someone's life, and they are moving on, while leaving someone they
once found important behind, the song is an anthem for moving on.

The last track, and possibly my
favorite is This Is Instrumental. It's yet another story about a
somewhat tragic past, and moving on, but if you really listen, you
can hear all the passion they threw into the EP. The best part is
the last song, but only if you listen to the entire EP, which rings
in under 10 minutes, because the third track on this EP is the climax
you were waiting for at the end of the story.

This band is the type of band that I
would look for on Vans Warped Tour. They have the punk rock vibe
that could surely have a crowd moshing and cramming themselves
together to get to front row, and leave you wanting more when it's
over. Bleach Blonde may be a three track EP, but it's better than
what people may be giving it credit for, and they are definitely a
band to be on the lookout for. It's short, spunky, and ready to kick
your butt.


The EP is available on iTunes and  Amazon, pick it up.