BATTLE OF THE SEXES @ UPGRADE

Genre: Electronica;
Anything you can do, I can do better! I can do anything better than you. Man: "No, you can't" Woman: "Yes, I can!" It was a battle of the sexes at UPGRADE this week, and it was vicious! Eight DJ's battled it out back to back, man against woman. Each DJ, man and woman brought a different style and flava to Orange County Junglists on Friday night.
The line up: MR. FRIDAY vs NARCOTICA
FELIX VICIOUS vs KETEK
JANE DOE vs MUAD DIB
MIYUKI VS TABU 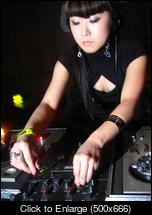 The weapon of choice: Hard hitting Drum and Bass!

There was great talent that came to battle it out, but my girl NARCOTICA tore up the decks. MR. FRIDAY romanced the crowd with mellow liquid sounds trying to win the crowd over, but NARCOTICA brought him down with some dirty, grimy in your face Drum and Bass tracks. Winner of this round; NARCOTICA! 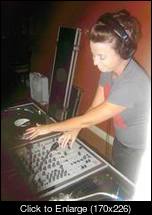 Round two...fight! Felix Vicious warmed up and Junglists were hopping around, but KETEK wasn’t giving up the fight and threw down some of his best tracks to get the crowd moving. So, coming back from a good fight with FELIX VICIOUS is KETEK!

It was starting to get steamy in that room, and vinyl was being thrown on those decks left and right. JANE DOE threw a right hook with some wicked mixing skills. MUAD DIB shot back with some growling bass lines and it was on. So, who took this round; TIE!

In this corner wearing all black, the small but mighty MIYUKI, and her challenger; TABU. It was a tough fight and it was getting dirty as each DJ threw down an arsenal of hard, dirty, grimy Drum and Bass tracks. These headliners were serious and neither was backing down! I am a fan of both TABU and MIYUKI, but the winner of the night at Battle of the sexes at UPGRADE was; MIYUKI!!! This girl knows how to throw the crowd into an energetic frenzy with her hard Drum and Bass. She goes to show that good things really do come in small packages!

Check out more info on UPGRADE and a special night with KRS ONE @ www.myspace.com/upgradednb