What is your MySpace? www.myspace.com/atomicyouthoc

What is music to you? Music is about our life and what kinda world we live in today and everything around us.

What inspires you to play? Our fans, friends and family. They just all kept us together and we stayed strong to play the music we do.

What do you want to see happen thru music in the future? We really would like to see the whole punk scene come back and actually make it more fun like back then.

Are you doing anything to progress those ideas? Yes, were here to keep the old school punk scene and make it stronger.

Does being involved in playing music make you miss out on anything? No, music is our life, without music the world wouldn't really be the same.

What advantage do you have above other people because you play music? Too beable to play music, learn ideas and able to travel different cities is wonderful. Not so many people get the chance to do that and were one of them that are lucky to beable to do what we do.

What other instruments can (each person) play (other than the ones they currently play)? Well Jonny our singer he also plays bass guitar and plays the bass for another band called the shmuts. Josh our drummer also plays the guitar and sings for that same band the shmuts. Then Alex our guitarist he can also play drums. Then I, Thadd the bassist, I really never learned how to drum or play guitar that well.

What do you do for work right now, other than playing music? Right now we all are attending school and some of us work part time.

What were some of your favorite bands growing up? The Ramones, Social Distortion, DI, Black Flag, Circle Jerks, The Damned, Dead Kennedys, Rudimentary Peni, Toy Dolls

Did your parents like you playing when you were younger? Yes.

Do your parents like you playing music today? Yes they do. Just as long as we do good in work and school and dont get in trouble by the law.

Do your parents like the person you are today? Yes and No.

What venue would you like to play the most that you haven't played at? The venues that we have played at are great, but there are just so many out there that are great but so hard to get to all of them

What venue has been the best to play at? The Galaxy Theatre, we were asked to play there the day after Thanksgiving with DI and Frank Doll. It was a great experience and a great venue.

What city or area has been the best place to play? The city doesnt matter, its all about the people who show up

What city or area has been the worst pleace to play? Id have to say Hemet. Hemet is just a hick town basically, and just so plain and boring. Nothing you can really do out there

When, Where and How was your first show? First show was 9/17/05 at Hogue Barmichaels. This was when I, Thadd was asked to be in the band and play bass. That night wasn't good but wasnt bad, all it was to us was a start, just to get out there, feel what it was like and we personally enjoyed it.

Have you seen yourself get better since then? The band has been around for a year in a half. Through that year we have gone through some members here and there. But where we are at today is alot better than from the beginning. The band is alot more mature and stronger.

Where was your best show? The most shows we really enjoyed playing was at The Galaxy Theater with DI, Elks Lodge with Angry Samoans, and The Alley with Narcoleptic Youth.

What makes a show the best? The crowd is definitely what makes it the best and to see them having fun and dancing.

How did you come up with your band name? It was during the original line up, and it was just barely before i was accepted to be in atomic youth. But our original singer made the name up.

Who do you one day want to play a show with or open for? We would really like to open for many bands. The most of some favorites would likely be Youth Brigade, The Adicts, GBH, Naked Aggression

Why do you play music? Its just what we live for and just for our loving fans.

What makes you strive to be heard? We want people to listen to our music and our creation

why would anyone want to hear your music? Because its something new and different

What you are saying thru your music? Just about how the world is today and how messed up everything and everybody is and about our lives and what we have gone through

How long have you been a playing music? We all have our years. I have been playing bass for about 8 or 9 years. The other guys like around 5-8 years too.

Where do you wish for your self to be in 5 years? Making good money, still playing music and alive

What do you think its going to take to get there? Good career, and doing well on everything we can

What is the best thing about being you?

Do you play in any other bands? Jonny(singer and Josh(drums) play in another band together called The Shmuts

Where have you been playing lately and how has your response been? We have been playing everywhere lately. Great venues, bands and crowds.

Have you ever been on tour, how many and how did they go? No we havent been on tour yet. But we are working on that right now for this summer.

What do you do on the road to keep busy? When we are out on the road going to shows we like to make up jokes, tell very band stories, and do other things.

Do you have your CD out yet? We are in the process of making our first ep/cd, it will be coming out in late January

What do you think about it? I think its gonna be a great cd and looking forward to it

Where can we get it? Get one from us or at one of our shows when it comes out

What did your fans say about it? We posted some notes about it and we actually got bak some great feedback, tons of fans are excited and are looking forward to the cd. 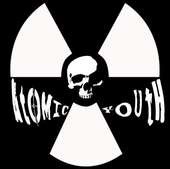