New Jersey punk rockers Aspiga have entered the studio with producer Dave Downham to record the follow-up to 2012's Every Last Piece. The band is recording at The Gradwell House in Haddon Heights, NJ, the same location where Every Last Piece was recorded. Every Last Piece came out in November 2012 to critical acclaim (see below!) and is available on vinyl and digitally from Paper + Plastick Records.

"On Sunday February 15th, we began tracking our new record. We will be spending seven days at Gradwell House to record eleven new songs. Once again, Dave Downham, will be behind the control board and also taking on the role of producer. We have spent the last few months grinding out these songs and are excited to work with Paper + Plastick on the release of this album."

The band's new LP is expected out later in 2014 via Paper + Plastick.

"Aspiga is ready to burst ... 25 minutes of pressurized self-loathing, dissatisfaction, and machine gun drumming that begs for collapse by the end." - ConsequenceOfSound.com 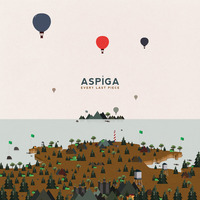 1. Save Your Spit
2. Welcome To the Sympathy Party
3. Winter Cleaning
4. Users
5. Parade On Me
6. On the Defensive
7. The Excavation
Aspiga is:
Kevin Day - Guitar/Vocals
Ray Solowij - Drums
Alec McVey - Bass 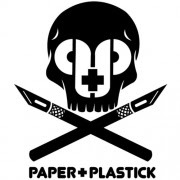